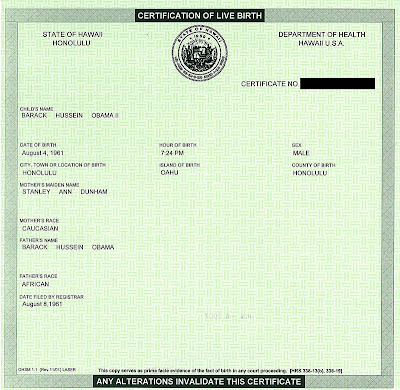 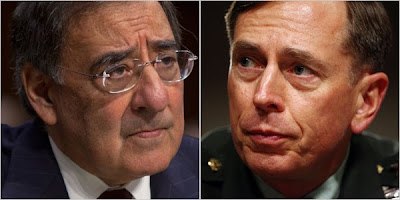 The appointments, set in motion by the impending retirement of Defense Secretary Robert M. Gates, are the most significant realignment of Mr. Obama’s war council and could have important implications for the American strategy in Afghanistan as well as for the troubled relationship with Pakistan.

General Petraeus is the leading advocate of the ambitious counterinsurgency strategy in Afghanistan, which seeks to build up the country’s political and administrative institutions. Mr. Panetta is viewed as having favored a more limited counterterrorism approach focused mainly on fighting insurgents. At the C.I.A., he has overseen a sharp increase in clandestine drone strikes in Pakistan, a growing source of tension between the United States and the Pakistani government.

Mr. Obama will announce his new lineup on Thursday along with a confirmation of Mr. Gates’s retirement, effective June 30, and two related appointments. Mr. Gates, a former C.I.A. director and Republican holdover from the Bush administration who has become a highly influential member of Mr. Obama’s Cabinet, spent part of Wednesday calling leaders on Capitol Hill and telling them that he had recommended Mr. Panetta as his successor six months ago.

The reshuffling comes as Mr. Obama is making a critical decision about how many of the roughly 100,000 American troops in Afghanistan to withdraw starting this summer. The shift also places someone who has been immersed in government finances — Mr. Panetta was director of the White House budget office in 1993 and 1994 — at the forefront of what could be the most intense Pentagon budget battle in years.

Mr. Panetta, 72, was reluctant to leave the C.I.A., a senior administration official said. But after mulling it over for several weeks, he finally agreed to take the post in a conversation with the president on Monday evening.

The realignment is certain to raise questions about the militarization of intelligence and the extent to which the Pentagon and the C.I.A. are intertwined in Afghanistan, Iraq, Yemen and other trouble spots in the world.

Mr. Obama has been thinking about the changes since before Christmas, when he was handed a type-written list of candidates for the Pentagon post by his national security adviser, Thomas E. Donilon. Although Secretary of State Hillary Rodham Clinton was discussed in Washington as a candidate to succeed Mr. Gates, an administration official said “it was Leon the whole time.”

In giving the C.I.A. post to General Petraeus, who initially was distrusted by the White House, Mr. Obama is retaining a celebrated soldier with extensive knowledge of intelligence gathering in both Afghanistan and Iraq. His reputation was so formidable, officials said, that it was difficult to rotate him to another military post. He will retire from the Army to take this job, a senior official said.

General Petraeus, who commanded the 2007 surge in American forces in Iraq, has sought to earn the trust of the Obama White House by keeping a lower profile, even as Democrats fretted that he might have political ambitions. Last year, his work paid off when Mr. Obama turned to him to replace Gen. Stanley H. McChrystal as the commander in Afghanistan after a Rolling Stone magazine article that portrayed General McChrystal’s staff as making disparaging remarks about the president’s national security team.

“The president went to creative lengths to keep Petraeus in the government,” a senior official said Wednesday.

A number of General Petraeus’s associates described him as extremely eager to take the appointment. “He welcomes the opportunity to ‘stay in the fight,’ as he put it,” said Michael O’Hanlon, a military expert at the Brookings Institution who talked to General Petraeus about the C.I.A. position in March.

The military will face additional changes at the top, with the departure of the chairman of the Joint Chiefs of Staff, Adm. Mike Mullen, who, like Mr. Gates, was appointed by President George W. Bush, and whose term expires at the end of September. And Deputy Secretary of State James B. Steinberg has announced that he is leaving for an academic job — removing one of the key players in Mr. Obama’s efforts to manage China’s rise.

But Mr. Gates’s role has been the most critical. He often allied on key issues with Mrs. Clinton — who has said that she intends to leave the government when this term ends — including persuading Mr. Obama to start the military buildup in Afghanistan in 2009. Together they won other battles, but they visibly split last month on the military intervention in Libya, which Mr. Gates warned against.

On Thursday, Mr. Obama will nominate Lt. Gen. John R. Allen, a Marine who is now deputy commander of the United States Central Command, as General Petraeus’s successor in Afghanistan. General Allen has close ties to Mr. Donilon, officials said. He also served in Iraq, where officials said he gained experience in reconciling with insurgents — a process being pursued with the Taliban in Afghanistan.

Mr. Obama will also name the veteran diplomat Ryan C. Crocker as the next ambassador to Afghanistan, officials said. That move would, at least briefly, reunite Mr. Crocker, a former ambassador to Baghdad, with General Petraeus, with whom he worked closely in Iraq during the Bush administration. Mr. Crocker served briefly in Kabul in 2002, reopening the embassy after the fall of the Taliban.

Mr. Crocker will replace Ambassador Karl W. Eikenberry, a retired lieutenant general and onetime commander in Afghanistan who had sometimes rocky relations with the President Hamid Karzai of Afghanistan. His departure completes a turnover of the American diplomatic roster in Afghanistan and Pakistan, which comes as the State Department is assuming a larger role from the Pentagon.

During the administration’s long debate on Afghanistan, Mr. Panetta favored an approach based on counterterrorism operations, aligning himself with Vice President Joseph R. Biden Jr. But with the administration’s strategy now firmly set, officials said Mr. Panetta’s move to the Pentagon did not augur a retreat from the counterinsurgency policies pioneered by General Petraeus.»
Publicada por Germano Almeida à(s) 10:32 Sem comentários: 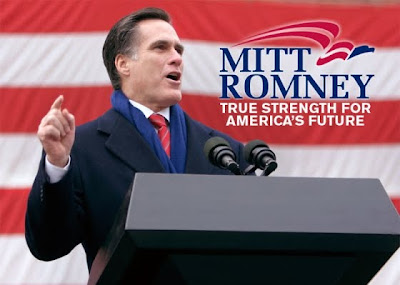 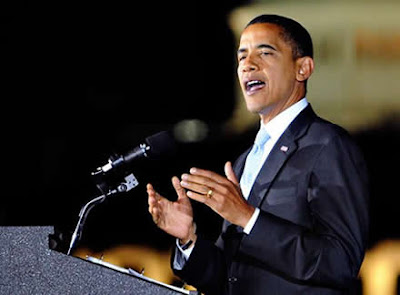 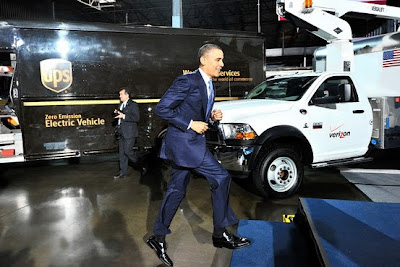 «President Barack Obama will officially open his 2012 re-election campaign as early as Monday, according to people familiar with the decision, a step to be followed by an announcement to supporters and a series of fund-raising trips across the country.

President Obama spoke at a UPS facility in Landover, Md., on Friday.
.The president would be launching his campaign amid high-stakes budget negotiations in Congress from which Mr. Obama has maintained a distance, and could fuel irritation among some Democrats worried that Mr. Obama has already been crafting positions and a strategy with 2012 in mind.

Mr. Obama plans to hit the road this month to raise money for his re-election effort. He will headline a fund-raiser in his hometown of Chicago, home to his campaign headquarters, over the next two weeks.

He will also raise money in New York and make a swing out West, mixing stops for presidential events highlighting the economy and fund-raising in San Francisco and Los Angeles.

The fund-raisers are billed as benefiting the Democratic National Committee, but once Mr. Obama formally opens his campaign, the money can be split between his 2012 bid and the DNC. The president's political team has plans for "Gen44" events with young voters who were central to Mr. Obama's 2008 win.

Mr. Obama's campaign is expected to file paperwork Monday with the Federal Election Commission, people familiar with the process said, although the date could slip. The decision will open the doors for fund-raising that could lead to the most expensive campaign in history.

The president's campaign manager, Jim Messina, has been warming up big-money donors. During a meeting in Washington, D.C., last month, he asked 450 donors to raise $350,000 each by the end of 2011.

If he files with the FEC on Monday, Mr. Obama would be the lone 2012 candidate to formally declare. He isn't expected to face a primary challenge.

No Republican contender has formally launched a campaign, though former Minnesota Gov. Tim Pawlenty recently established an exploratory committee and former Massachusetts Gov. Mitt Romney—who went on a 15-city push to secure money—is among several Republicans who have been raising funds.

Republicans sought to take advantage of what they saw as a president swinging into campaign mode: "I'm somewhat amazed that at a time when millions of Americans continue to be out of work, we're facing multiple crises and we're trying to get a deal to keep the government operating, the president has spent more time on figuring out his re-election campaign than he has in addressing the both domestic and international issues," said Sean Spicer, the communications director for the Republican National Committee.

A spokesman for the Democratic National Committee declined to comment Friday.

The president's advisers have said that the start of a campaign wouldn't mean Mr. Obama would be consumed with campaigning and that it is typical for sitting presidents to begin their re-election efforts around this time.

The White House envisions the re-election campaign will be relatively quiet until next spring, when Republicans have settled on a candidate.

Mr. Obama's job approval fell to 48% in the most recent Wall Street Journal/NBC News poll from 53% in February, but it was still higher than at any time since last May.

Ever since Mr. Obama cut a tax deal with Republicans last fall, some Democrats have complained that the president moved to the middle and gave too easily into Republican demands.

Mr. Obama has also irked some in his party with an effort to return to his post-partisan rhetoric of 2008.

The move is partly an adjustment to the new political reality in Washington, but also a calculated move on the president's part to win over independent voters.

Mr. Obama acknowledged the sentiment during an event with Democratic donors last month.

"I know that sometimes people may get frustrated and think, you know what, Obama is being too nice and we need to get in there and take it to them," he said. But such an approach is needed to achieve the party's goals, he said.»
Publicada por Germano Almeida à(s) 22:25 Sem comentários: