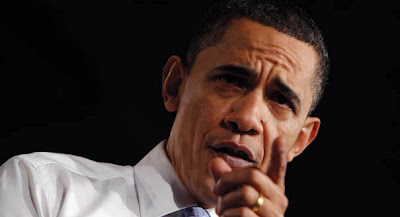 «With a 2,000-plus page bill, roughly a week to pass it and countless wavering House members, the political degree of difficulty of passing health reform is as high as it can be for Democrats.

They’re optimistic they’ll get to 216 votes in the House. They’re not there yet. And the vote could go either way.

The road from here to there will turn on a multitude of issues, private conversations and decision points, large and small.

Here are five ways health reform survives — and five ways it could falter inches from the finish line.

1. Obama’s presidency depends on passage of the bill, so he has every incentive to cajole, threaten and flatter his way to passage.
He has rejected state-specific deals in the bill, but that doesn’t mean President Barack Obama doesn’t have some goodies of his own to dole out — special attention from Cabinet secretaries, visits from high-level officials and even some of his own personal campaign muscle to House members who matter.

When Obama rolled up his sleeves the last time in January, Democrats walked out of the White House with a deal to roll back the excise tax on Cadillac insurance plans — so presidents can be pretty persuasive. And if he fails on health care reform, the next three years look pretty bleak for him.

The danger to Obama, of course, is that anything that smacks of Clinton-style overnights in the Lincoln Bedroom could look unseemly. Senate Minority Leader Mitch McConnell (R-Ky.) hammered this point Monday on the chamber floor, saying, “Unfortunately, in its desperation to force this bill through, the White House is reverting to the anything-goes approach. And the results are predictable: Americans won’t like this bill any more than they liked the last one.”

2. Pelosi, too, has every incentive to pull out all the stops — not only to preserve the Democratic House majority but also to protect her legacy and her longevity in the job.

Depending on the outcome, House Speaker Nancy Pelosi could be the most effective House speaker in decades or the one that let health care slip away.

In the aftermath of the Massachusetts Senate defeat, with Senate Majority Leader Harry Reid sounding tepid on reform and the White House talking up a scaled-back bill, the speaker was dogged in her insistence that Democrats pass a comprehensive measure.

This raises the stakes for Pelosi, who will need to do everything in her power to close the deal with members. There’s honey, including an appeal to the loyalty of a caucus that respects her. And there’s vinegar, including threatening to deny Democratic Congressional Campaign Committee funds to those who will need that money to save them in tough races.


3. Democrats already own the bill — so they might as well reap the benefits that come with passage.

This has been the top argument from the White House and congressional leaders to wavering Democrats. Top administration aides concluded long ago that Democrats lost control of Congress in 1994 not because they pushed for health care reform but because they failed to deliver.


So whether they like it or not, Democrats are all in. Polls show people want Washington to govern. Service Employees International Union President Andrew Stern pointed to the poll released Monday by his union to argue that Democrats should act on health care. “They’re in a ridiculous position to sustain, which is trying to explain why nothing got done when they’re in charge,” Stern told POLITICO.

Rep. Bart Stupak (D-Mich.) has said at least a dozen Democrats would vote against the Senate bill unless it’s amended to include the House language barring federal funding of abortion. And it won’t be. So if Stupak is right, that’s more than enough votes to tank reform.


But Democratic leaders don’t buy it, and they’re calling Stupak’s bluff. They figure Stupak can claim closer to a half-dozen committed “no” votes on the abortion issue — and Pelosi and company figure they can make up six or so votes out of the 39 Democrats who voted no the first time.


5. It seems inevitable (even though it may be anything but).

For much of the past year, Democrats benefited from this belief that health care reform would happen. That perception faded after the Massachusetts defeat. But the momentum is back, at least for now — and momentum is real, in sports and in politics.


The White House has tried to build the illusion that Obama’s health care reform plan will be the law of the land by next week, even though top aides acknowledge privately that chances of that are maybe 55 percent. Plus, the White House and congressional leaders will argue to members: Do you want to be part of a small clutch of Democrats who killed the most sweeping piece of progressive legislation in generations?

The ugly truth is this: Given the choice between saving Obama and Pelosi — or saving their own hides — it’s not a hard choice for some House members.


They don’t have the luxury of worrying about what the president will run on in 2012 if health care reform fails or whether his first term would be hobbled by the bill’s defeat. They care about Nov. 2, 2010.


And as it looks right now, voters don’t like what Congress is doing with health care reform, and the first person to take out that anger on will be the member of Congress who runs for reelection in less than eight months.


2. Undecided Democrats decide the bill is just too toxic.

Sure, the Senate bill goes further than the House bill to contain health costs. Yes, it drops the public option that gave the Republicans their “government takeover of health care” attack line.

But even days before a potential history-making vote, there are a lot of unknowns about the bill. Much of the cost savings depend upon punting budget-cutting moves to future Congresses — who are no less likely to take a hard vote than this one. Republicans can rightly say the bill raises taxes (on people making more than $250,000). There are cuts to Medicare. Some people might have to switch insurance. And the major reforms don’t kick in for a number of years.

Maybe Stupak is right. Maybe he does have 12 committed “no” votes without big changes to the abortion language, and that’s bad news indeed for Pelosi.


Pelosi has abandoned negotiations with lawmakers who want tighter language on federal funding of abortions. But if she repeatedly comes up short this week on votes, she could be forced back to the table with them, and reopening talks on abortion could scramble the decks.

The sprawling bill gives Democrats who are looking for an excuse to vote "no" plenty of pages to find one.


Rep. Luis Gutierrez (D-Ill.) has threatened to vote against it because it prohibits illegal immigrants from using their own money to purchase insurance in the exchange. Rep. Dennis Kucinich (D-Ohio) won’t support the bill because it isn’t liberal enough. Rep. Paul Kanjorski (D-Pa.), a “yes” vote in October, could turn against the measure now that Democrats have attached a student-lending overhaul to the bill that could cost jobs at a Sallie Mae processing center in his district. Who hangs tough, and who folds?


5. The polling in swing districts is ominous for Democrats, particularly those who come from districts that backed Republican John McCain in 2008.

The White House has pushed back hard in recent days on the notion that Democrats will suffer dire consequences if the bill passes, with Obama’s lead pollster, Joel Benenson, refuting the charge in a Washington Post op-ed. But a new set of numbers released Monday by Republican pollster Kellyanne Conway will sow fresh seeds of doubt. Conway surveyed 1,200 votes in 35 swing districts, in which 15 members voted no and 20 voted yes.


“Should members from these districts and those like them be concerned? Yes,” Conway wrote in the Wall Street Journal with Heather Higgins, president of Independent Women’s Voices. “Walking the Democratic line now means walking the plank. Sixty percent of the voters surveyed will vote for a candidate who opposes the current legislation and wants to start over.”»
Publicada por Germano Almeida à(s) 18:07